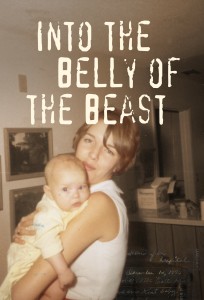 In 2015, in the midst of a divorce and the wake of my dog’s death, I decided to write and perform a solo show about the last three weeks of my mom’s life. Emotionally speaking, it was a terrible idea.

Into the Belly of The Beast premiered to a standing room only crowd at The Tank NYC‘s SoloWeek, a love project of curator Nisse Greenberg‘s, coincidentally on what would have been my mother’s 65th birthday. It was my first standing ovation and I’m still overwhelmed by the love and support I felt in the room that night.

Michelle Walton was my nurturing, patient Director/Editor who took a load of random ramblings, found a thread, and helped me create one of my most important pieces ever. Julie Threlkeld was my Audio Director who not only listened to hours upon hours of recordings of me working through my mother’s death in situ, but who also created a pretty sweet fire lighting effect. Kelsey LaSeur ran tech at the Standard Toykraft theater, and met every one of our ridiculous requests without ever rolling her eyes in our faces.

I performed Belly twice more, both times at The Tank, and have since decided to put it to rest … at least until all these years of therapy fully take hold.

Special thanks to Rosalind Grush, Rania Jumaily, Meghan Finn and The Tank at large for giving me (and so many other artists) the space to share work, Dana Bruno for running tech at the second show with about 10-minutes notice, and Raven Smith who created a flawless lighting program on the fly at the third.