More than two decades ago, I graduated from Fitzgerald High School, which is located in a small town in the sweltering midriff of South Georgia. Next Tuesday, I’m renting a car (in Jersey – NYC rental prices are obnoxious) and driving home to attend my first class reunion since 1998. On the way, I’m also visiting my best friend from 10th grade who I haven’t seen face-to-face since 1989. 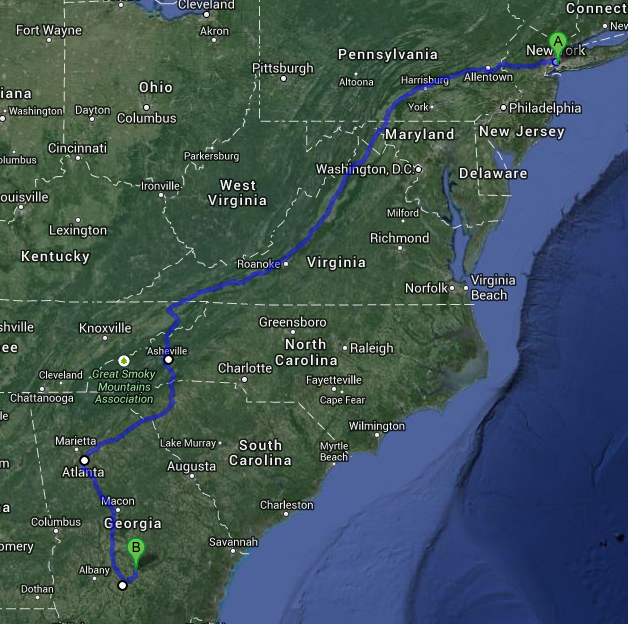 AKA – shit’s about to get real.

I’m actually pretty excited about it – which I wouldn’t have expected even 5 years ago – but there’s seriously something about making it to 40 that changes your perspective on things in ways you never expect. (That and getting an invite with options for a 5XL-sized t-shirt, which makes me feel way better about the amount of weight I’ve put on since ’88.)

Now, seeing the best friend is one thing. She and I were that level of close that never goes away and I expect it to feel just like we’re 15 again, except she’s now a mom who teaches spin class in Dawsonville and I’m a lesbian who … does a lot of things in NYC that spin class moms in North Georgia probably haven’t tried before. Still, there’s no doubt we’re going to have a blast reminiscing about the 80’s and comparing lives and laughing our faces off.

But, because I’m friends with many of my former classmates on Facebook (and classmates.com, for that matter, though who even remembers that site?), I know … I mean I KNOW … that we have completely different views on almost every single issue there is to view. And, because I’m friends with them on Facebook, I’ve also had more than a few encounters online that might make our impending face time a little tense. (Read: awesome.)

Take B for example, my dance partner from the 1987 FHS production of “The Music Man.” Once when I posted something on FB about feeling bad for the planet but loving the warm January day, he instantly wrote, “Really? Isn’t that what you liberals call global warming?”

Excuse me? This motherfucker almost literally hadn’t spoken to me since The Music Man, we’re only friends on Facebook because HE asked ME (I think, I don’t actually remember), and he had the nerve to just jump on my status update (which was so obviously tongue-in-cheek – god knows I love the environment) and write some shit like “you liberals”?

I made a snarky comment back, but really get into it with him at the time. Since then, I’ve seen a lot of his other comments – mostly about Democrats, Obama and Mexicans – and I just know he’s gonna say something stupid at the reunion. And I hope I’m right next to him when he does. Just gimme a reason to start, B and it is on.

The truth is, I like to poke a bear. Always have. Especially a minimally-educated, narrow-minded bear who wants to engage in verbal arguments with me. Poke pokedy poke.

Actually, as much as I love the poking, I try really hard not to do it. I scroll away from the Tea Party updates and anti-gay posts as quickly as I can because it’s not worth it. They’re as convinced they’re right as I am, and after 15ish years in Fitzgerald poking everyone I could about their bigotry, hatred, ignorance, racism and overall assholeishness, I know there’s very little good that will come out of it.

However, that’s online. There I can open a different window, shut the laptop, go back to Candy Crush. In person I’ve got less discipline. Not in that I couldn’t simply walk away without saying anything in person, just in that I know I won’t.

It’s like some debate switch gets flipped and regardless of how loudly my inner voice screams at me, “SHUT UP! SHUT UP! SHUT UP!” I  keep going until somebody’s completely red-faced and furious (rarely me) to the point that the breaker trips and the switch goes back off. From there, I add one more name to the “Thinks I’m a Bitch” list, and move along with my day. It’s not my most honorable attribute, but definitely one I not-so-secretly enjoy.

Obviously, not everyone I graduated with is narrow-minded and hateful, and I look forward to being surprised by a lot of people who I’ve possibly misjudged. After all, it has been 25 years. We spent the majority of our significant formative years together and I’m curious to see how everyone’s grown … or hasn’t … since then. So, overall I’m pretty excited for my adventure.

But still, I know for sure there are gonna be some hairy moments down there, and I can not wait to get back and tell you all about it.

21 thoughts on “Georgia On My Itinerary”