When I asked the black girls whether they had a 7th grade graduation dance, they looked at me like I was crazy.

“We didn’t have any 7th grade dance.”

“Well, I was wondering since ours was held at the Elks’ Lodge and I knew you couldn’t go there.”

“Hell. We couldn’t go anywhere,” one woman said to me. Then she listed all the fun places in Fitzgerald: the roller rink at Lake Bea, the bowling alley, Crystal Lake. “Just because they didn’t have rules about black folks like the Elks’ Lodge, it didn’t mean we were welcome.” 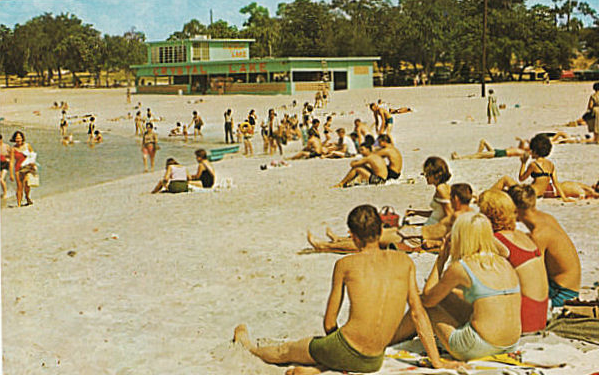 I’d never considered it before. Growing up (white) in such a segregated society, I was accustomed to being surrounded by only white people and it never occurred to me to think about where the black kids went to swim or to roller skate. Or what it must have felt like to hear your privileged white classmates talk about weekends on water slides and floating docks at the water park just outside the county line.

For the millionth time in my life, I apologized for my home town’s ignorance and soon after, ended up in a conversation where a white friend told me his wife had explained to one of our black classmates that he’s bowlegged because, “I have a nigger dick … or I’m hung like a nigger … something like that.”

Cause, you know, those are the kinds of conversations that happen at your 25th high school reunion in South Georgia.

His wife who was standing next to him laughed at her bravado and looked to me for a response. “Oh. Well, you are bowlegged, aren’t you?” I asked, not knowing what else to say. (I mean. There were things I could have said, but I also knew there wasn’t much point. So I just deadpanned it.)

“Tell her what I said last night at the football game,” she prompted her husband. He told me. When I didn’t laugh at the second racist comment either, she switched things up.

“Well, you know. We are friends with this one black guy. He even invited us to his church a few weeks ago and we went, didn’t we baby?” She looked to her husband to soothe the uncomfortable vibe.

The husband, who I’ve known since my teenaged years of outwardly attacking every bigoted statement I heard (while sporting a spiral perm and full-on hair metal regalia) looked at me. “Yeah. It was different.”

“Different could be a good time if you gave it a try,” I replied, looking him in the eye with an expression he totally understood.

“I know you don’t, boo. You never did …,” I trailed off and took a sip of wine in a transitional pause. Then I continued, “So, listen. Do you think I could grow cotton indoors?”

He gratefully accepted the change of topic and after sharing his thoughts on best practices for growing cotton indoors in Brooklyn, he gave me directions to one of his fields where he told me I could dig up as many plants as I wanted. The three of us ended up taking group photos and I drove back to NYC with pots of cotton so I can harvest seeds for next fall. 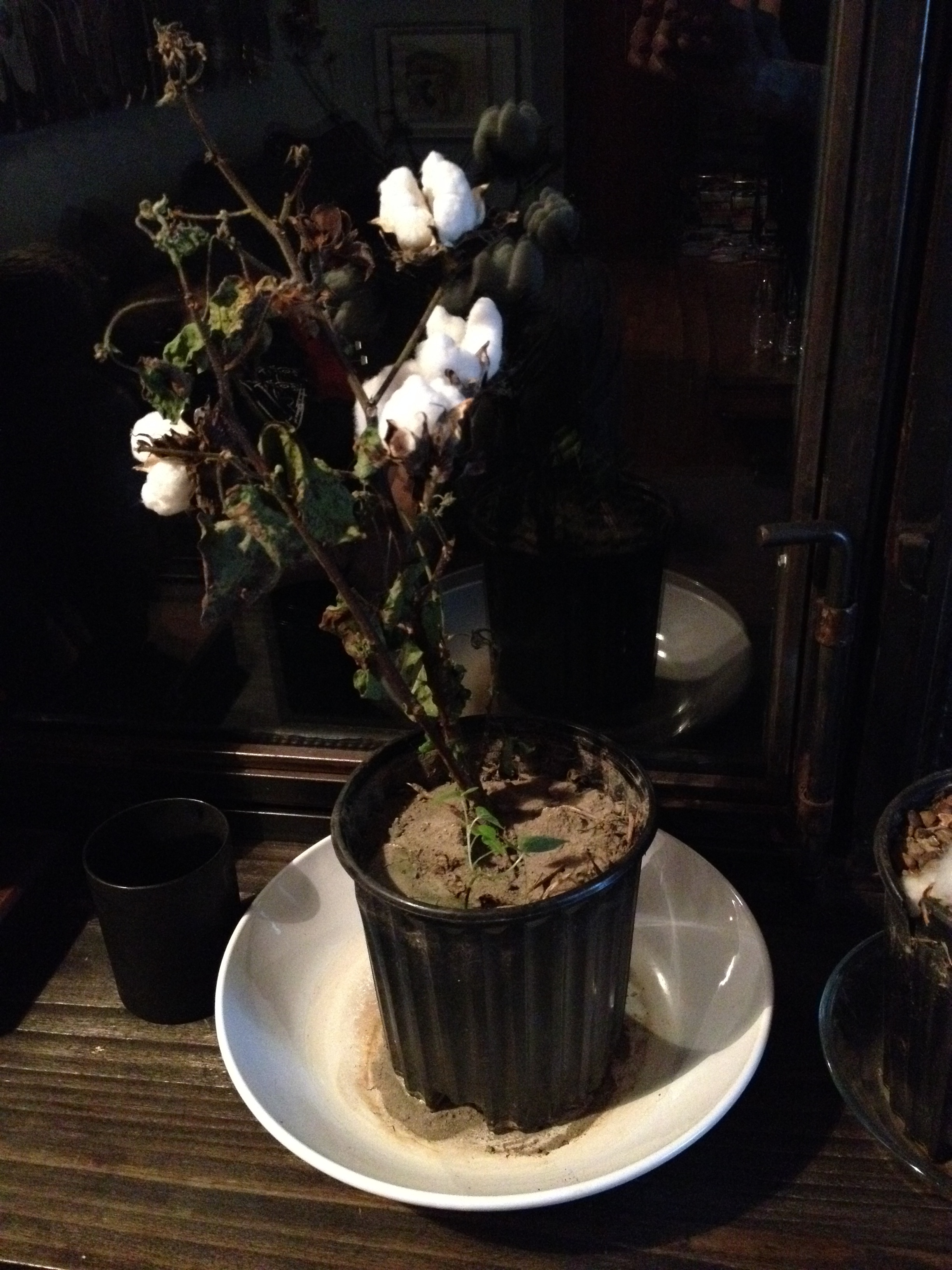 Now, I know that’s not the intense confrontation I promised before I went down to Georgia, but the thing is … well, the things are:

Maybe I’m giving them too much credit. Maybe I just want to avoid confrontation in my old age. Still, we’re talking about people who live, and have always lived, in a place where the high school proms are segregated. (Yes. Still. In 2013.) 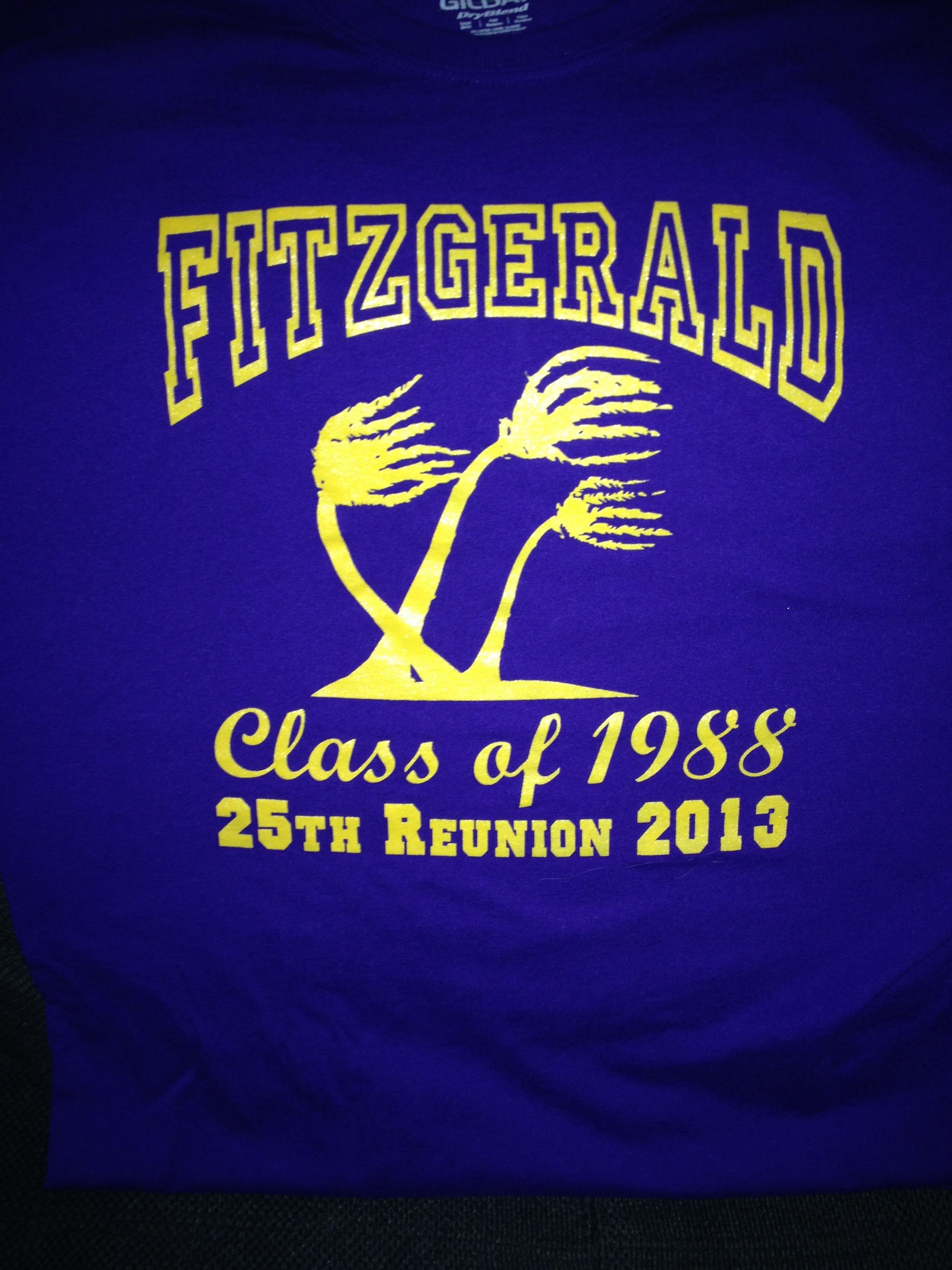 Before I left the final event for our reunion weekend, I talked to another friend (an African-American woman who had helped organize everything) about my feelings regarding whether I wanted to stay in contact with people who are so intrinsically different from me, but who also share such a rich history with me at the same time.

“All I know is now that this reunion mess is through,” she told me, “I’m deleting these fools who keep posting all that ignorant shit on Facebook. Who needs ’em?”

She’s got a good point. But for whatever reason, my answer to her question is, “I do.”

At least for now.

3 thoughts on ““Cotton, Racism & The Delicate Nature of Friendship” or “The 25th Reunion of the FHS Class of ’88””